Belmond Mount Nelson in Cape Town was painted pink at end of World War I to mark a new era of peace. In colour psychology, pink is a sign of hope, inspiring feelings of comfort and warmth. And, of course, it’s also the universal colour of love. So what better colour for a hotel? Here are some of our favourite examples. 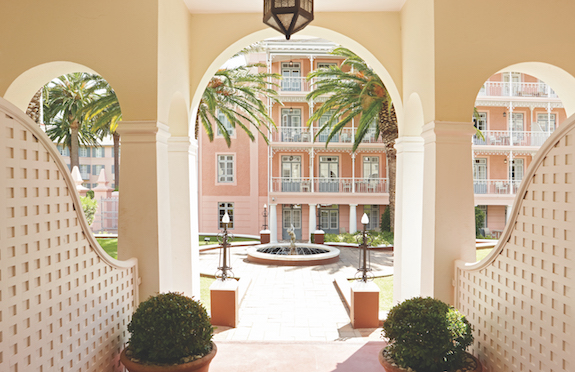 Belmond Mount Nelson, Cape Town, launched a year of pink celebrations on Saturday with a special garden party in partnership with Veuve Clicquot Rosé. Other ‘Touch of Pink’ events will include a special Afternoon Tea in the iconic Tea Lounge, pink-inspired cocktails, spa treatments and a specially curated art exhibition. The two-night Belmond Touch of Pink package costs around £790, based on two people sharing a room on a B&B basis. 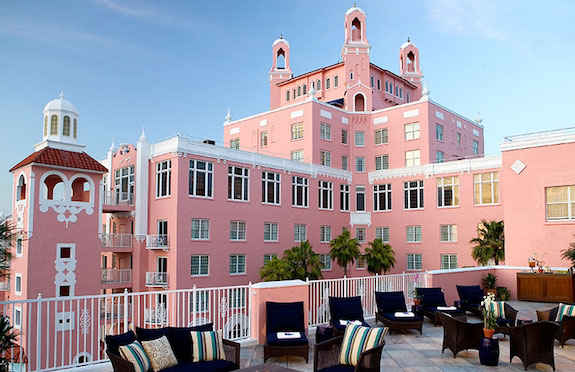 Hotels don’t get much pinker than The Don CeSar in St Petersburg, Florida. Known as the ‘Pink Palace of St Pete Beach’, it opened in 1928 and quickly became a playground for the day’s elite. During the Second World War it was converted into a hospital for injured airmen after which it fell into disrepair. It was restored to its fondant-pink glory in the 1970s. From £256 per night, based on two sharing. 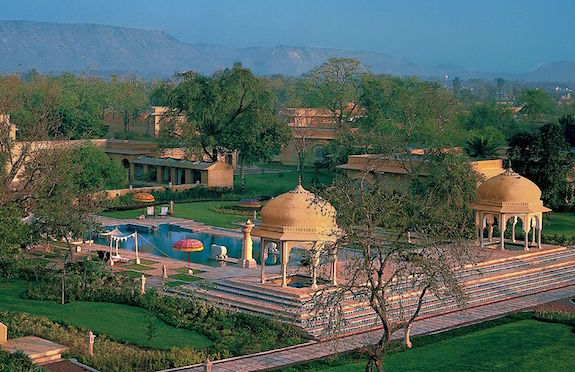 Exquisite Oberoi Rajvilas is just outside Jaipur, known as the Pink City. Set in 32 acres of landscaped gardens, the hotel was built in the style of a Rajasthani fort, with pink Jaipuri lime plaster on the walls and red sandstone floors. From £619 per night, including breakfast, based on two sharing. 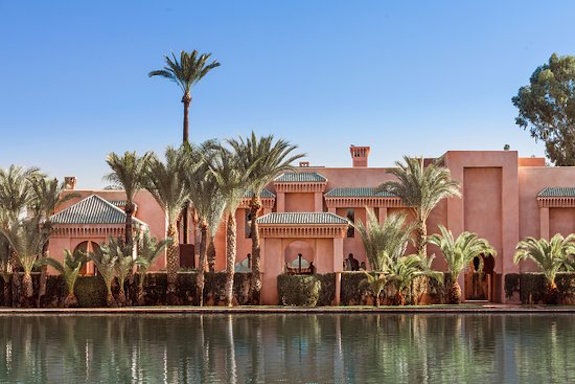 Amanjena is located in Marrakesh’s Palmerie district. Its blush-coloured architecture echoes the rose-hued buildings of the Red City and its 12th-century Menara gardens. It’s pinkness just so happens to reflect this beautiful resort’s name: Amanjena means ‘peaceful paradise’ in Sanskrit. From £496 per night, including breakfast, based on two sharing. 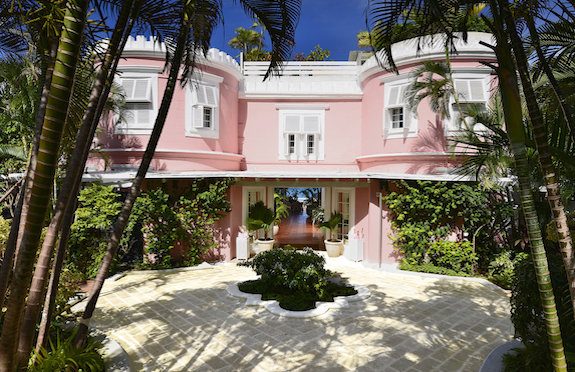 There are lots of pink hotels in Barbados, including the ultra-luxe Sandy Lane, all built from local coral stone. But Cobblers Cove has got to be the prettiest in pink. And the rosy colour theme at this former plantation home is carried right through the resort, from the pink and white parasols on the beach to the pink straws in the rum punches. From £387 per night, including breakfast, based on two sharing.