What to read on holiday: TripFiction recommends 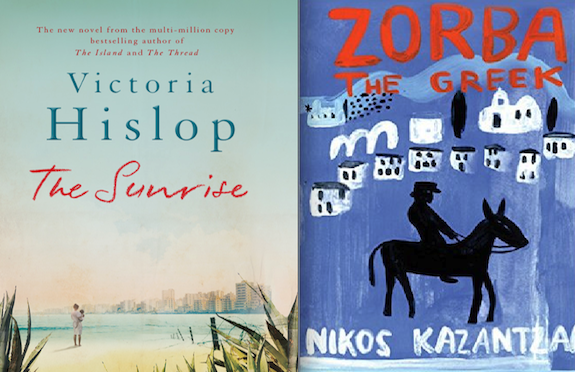 About to set off on holiday and haven’t decided what to read while you’re away? Our friends at TripFiction have matched books to 10 popular holiday destinations. TripFiction’s website features books from more than 1,200 destinations around the world, so if you’ve read their recommendations already or are travelling elsewhere, you’re bound to find a suitable alternative over on their site.

Homage to Barcelona by Colm Tóibín. A sympathetic look at the history of Barcelona, its art, culture, café culture, and churches. A real delight for anyone who wants a bit more depth and understanding about the place they are visiting.

Zorba the Greek by Nikos Kazantzakis. A young English writer sets out to Crete to claim a small inheritance, and meets Alexis Zorba, a middle-aged Greek with a zest for life. A classic that has stood the test of time and essential reading for anyone visiting the island (or Greece) for the first time.

Two Tickets to Dubrovnik by Angus Kennedy. A novella centred on a wine writer’s visit to Croatia. Tightly written, the book is filled with information about the area’s history and culture. An inspiring read about the city of Dubrovnik and its environs. An excellent introduction to Croatia.

The Ghost Runner by Parker Bilal. Private Investigator Makana is hired to investigate the death of a woman burned to death in Cairo. The chief suspect is Musab, the estranged husband of the woman. The book is a true thriller that really captures both the atmosphere of Cairo and the oppressive heat of Siwa, on the edge of the Great Sahara Desert.

The Sunrise by Victoria Hislop. In the summer of 1972 Famagusta is the most desirable resort in the Mediterranean. An ambitious couple are about to open the island’s most spectacular hotel where Greek and Turkish Cypriots work in harmony. A very far cry from the civil war that followed and the takeover of the resort by the Turkish army. 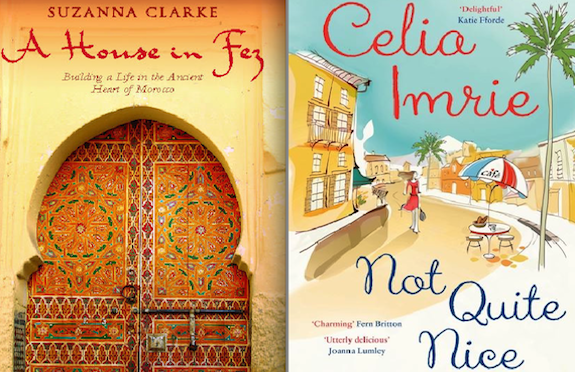 A House in Fez by Susanna Clarke. When Suzanna and her husband bought a dilapidated house in the town of Fez, their friends thought they were mad. Located in a maze of donkey-trod alleyways, the house was beautiful but in desperate need of repair. Thus an adventure begins. A variation on the classic Brits building a new life abroad theme.

Bread and Oil: Majorcan Culture’s Last Stand by Tomas Graves. On the island of Mallorca ‘pa amb oli’ (bread and oil) is rubbed with garlic, or tomatoes and salt, as it is in many other Mediterranean countries. This dish is a starting point for exploring more cooking, traditions, agriculture, and historical influences that trace the dish back to Roman times. A real delight for the gastro enthusiast, and a real insight into the island and its people.

Downtown by Pete Hamill. Manhattan, the keystone of New York, is a place of ghosts and buried memories. You can still see remnants of the British colony, the mansions of the robber barons, and the speakeasies of the 1920s. Pete Hamill brings his unique knowledge and deep love of the city to a New York chronicle like no other. A fascinating history that brings the city to life.

Not Quite Nice by Celia Imrie. With its beautiful villas, its busy cafés and shimmering blue sea, the fictitious Bellevue-sur-Mer, just outside Nice, sparkles like a diamond on the French Mediterranean coast. Once a hideaway for artists and writers, it’s now a major resort and, at the age of 60, Theresa up sticks from Islington to build herself a new life there. But all in Bellevue-sur-Mer is not as it seems.

The City of Falling Angels by John Berendt. Taking the fire that destroyed the Fenice theatre in 1996 as his starting point, John Berendt creates a unique and unforgettable portrait of Venice and its extraordinary inhabitants. Beneath the exquisite façade of the world’s most beautiful historic city, scandal, corruption and venality are rampant. The best ‘Venice’ book we have read.