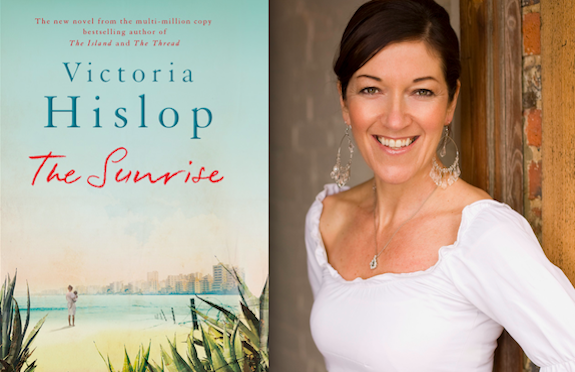 Your new novel, The Sunrise, is set in Cyprus and previous novels have been set in Spain and Greece. Which comes first – the location or the story?

The starting point is the place and the story – it all begins at the same time! And the arrival of the idea is always a surprise. With all my novels, I have been travelling somewhere, taking in the atmosphere, sightseeing, dancing even (learning to dance in Granada for the Sunday Telegraph was the genesis for The Return) and suddenly something triggers an idea for a story. So the location and the story are inseparable. The story could not happen anywhere else.

What was the trigger in Cyprus?

I first went to Cyprus in 1978, four years after the Turkish invasion and the separation of the island into north and south. Even then I remember seeing Famagusta, where The Sunrise is set, from a distance and asking if we could go there. I had heard it was where the best beaches in Cyprus were. But the answer was “no”. It was out of bounds. I was hugely intrigued and I think my curiosity lodged itself somewhere at the back of my mind. 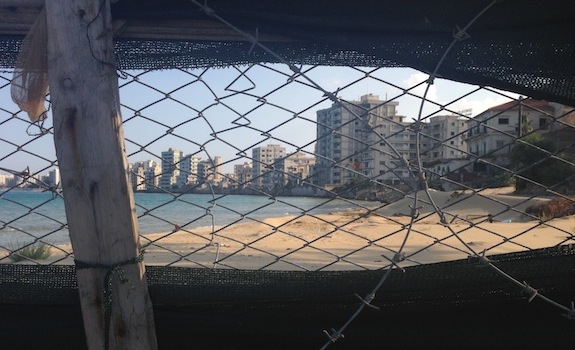 Then, 30 years later, I had the chance to visit Famagusta (above). it was quite a shock. After four decades, the town – specifically, the area on the golden beach called Varosha – was still behind barbed wire. Varosha was where all the hotels, restaurants, shops and luxury homes were before the invasion, and the buildings are all still intact, but derelict. Suddenly, I wanted to write a story about a friendship between two families, one Greek Cypriot and one Turkish Cypriot, and the devastating affect the division of the island had on them.

What has been the reaction to The Sunrise in Cyprus?

I think most people are very happy that someone has shone a spotlight on a situation that has been largely forgotten outside Cyprus. The people who owned the hotels, businesses and homes in Famagusta cannot even go back to retrieve their belongings. These people lost everything and many of them still campaign vigorously to return to their homes. 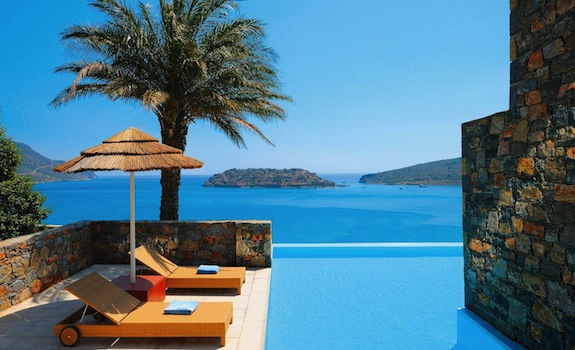 I pretty much immerse myself in the location for three years. I talk to people, do lots of listening, read copiously, watch any film footage of real events – and then let my imagination roam. I am away a lot, researching and writing, and then promoting my work in other countries, and sometimes a hotel becomes a second home.

Fortunately, I love staying in hotels. For The Island, which takes place in Crete, I stayed a lot in the Blue Palace in Elounda (above), which looks directly across to Spinalonga, ‘the island’ I was writing about.

For The Return, which takes place in Granada, I used to stay with the wonderful Victor who ran a lovely B&B called . I had Spanish lessons with him too – it was the perfect place to write the novel. 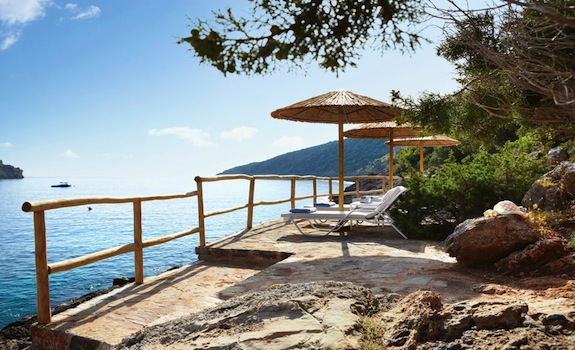 For The Thread, which takes place in Thessaloniki in Greece, I stayed mostly at Daios Cove (above), which is right on the seafront and looks across to Mount Olympus. It’s spectacular, and has a very special signature scent that always makes me feel at home.

Then for The Sunrise, I stayed a lot at the Centrum Hotel in Nicosia, which is simple but perfect, and walking distance from everywhere that’s interesting in the city.

Can you ever travel just for fun?

I do travel for fun and I love Asia, particularly India. There is always a possibility that something might stir my imagination, though if I’m out of Europe I am not on high alert as doing the research would be more difficult. For example, we went to Cuba a while ago, and I could see Havana would be very inspiring, but it wouldn’t have been practical for me to keep going back and forth.

Where will you set your next novel?

I don’t know yet, though I hope something will strike me in some warm, sunny, beautiful Mediterranean location. Wherever it is, it will become a second home – but only for three years while I write the book.

The Sunrise by Victoria Hislop is available from